Get fresh music recommendations delivered to your inbox every Friday.
We've updated our Terms of Use. You can review the changes here.

by absent without leave 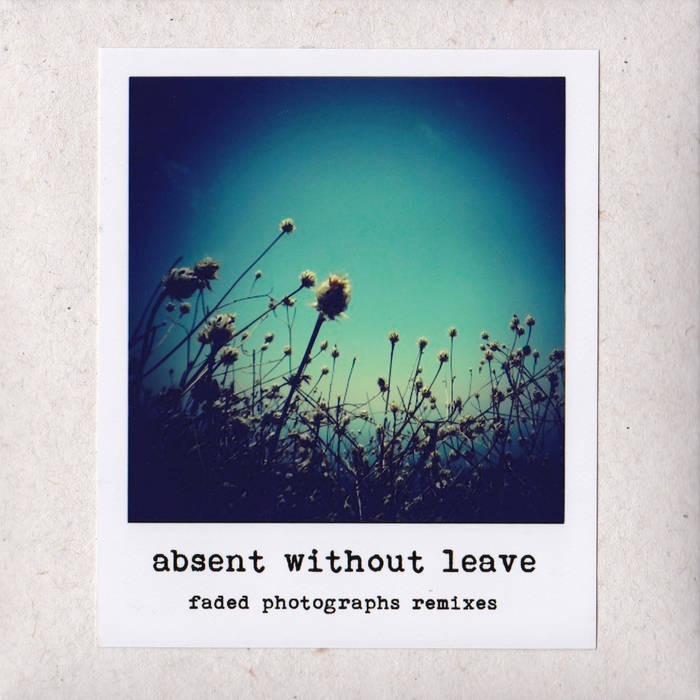 Matt Such care and attention to detail has gone into creating this CD package, which compliments the music perfectly

Sound In Silence proudly presents Absent Without Leave with his new release, entitled Faded Photographs Remixes, after an absence of more than two years in discography.

Absent Without Leave is the solo project of multi-instrumentalist George Mastrokostas, based in Athens, Greece.
To date, he has released three full length albums, four EPs and six split/collaborative releases on labels such as Distant Noise Records, Unlabel, Chat Blanc Records, Awkward Silence Recordings, Thisquietarmy Records, Three:Four Records, Duotone Records and many others.
Occasionally he has done some selective live shows around Europe and has shared the stage with many talented artists, including 65daysofstatic, God Is An Astronaut, Port-Royal, I Like Trains, Jeniferever, Arms And Sleepers, Piano Magic, Manyfingers, and others too.

Faded Photographs was originally released in late 2010, including guest appearances by Port-Royal, Stafrænn Hákon, Epic45, Millimetrik and members of Hood, The Declining Winter, Eksi Ekso, Plumerai and Tupolev amongst others. The album received really great reviews from many magazines, webzines, blogs and radio shows worldwide and was promoted with the first ever Absent Without Leave European tour in spring 2011.

In 2012 he invited some of his friends and artists he admires to remix all the tracks of it and one year later Faded Photographs Remixes is presented as a double album of 28 remixes, with a total duration of more than two and a half hours.

Faded Photographs Remixes is a great collection of tracks, which appeals to all fans of dreamy electronica, cinematic ambient, ethereal shoegaze and atmospheric post-rock.

This is a limited edition of 500 handmade and hand-numbered collectible copies, packaged in a lovely hand-stamped white recycled cardboard envelope with the front cover image printed on a polaroid style photo paper and an insert printed on nice fabric paper.

Absent Without Leave is the solo project of George Mastrokostas, based in Athens, Greece.
Recording everything himself or sometimes with assistance from some good friends, he produces a sound that has at times been described as a mix of shoegaze, post-rock, ambient and electronica. ... more

Bandcamp Daily  your guide to the world of Bandcamp